Vertex Standard looks to boost sales in EMEA in 2017 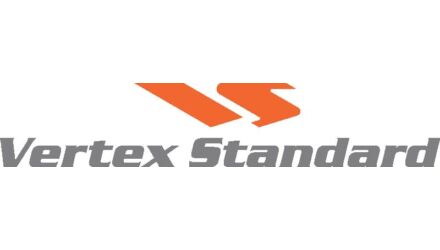 The Motorola Solutions owned Japanese company is aiming to capitalise on increasing sales of its digital,analogue and PMR 446 products in Europe, as James Atkinson reports. Vertex Standard, the Japanese PMR manufacturer owned by Motorola Solutions,is looking to increase its presence in the EMEA region by creating a dedicated sales team and overhauling its reseller base.

The Motorola Solutions owned Japanese company is aiming to capitalise on increasing sales of its digital,analogue and PMR 446 products in Europe, as James Atkinson reports. Vertex Standard, the Japanese PMR manufacturer owned by Motorola Solutions,is looking to increase its presence in the EMEA region by creating a dedicated sales team and overhauling its reseller base. Speaking to Wireless at PMRExpo 2016 at the end of November in Cologne, Germany,Tim Clark, director of sales, Europe and North Africa, was keen to stress that the company still maintains its Japanese core, a high quality ethos and explains how the brand sits alongside Motorola Solutions.

‘Vertex has been maintained as a separate brand primarily in this region (EMEA) to address the entrylevel twoway radio tier. Motorola addresses the lower midtier and upwards. This gives customers the choice, but we believe it is important to keep that separation of the brands,’ he says.

Clark explains that all Vertex sales are done through resellers, but the majority carry both Vertex and Motorola products, so they can sell either or both on a per customer basis depending on their requirements. ‘The message is the radios are affordable and easy to use, but they are also high quality products that meet the MIL and IP standards. We have focused primarily on voice so far, but there are some simple apps coming in 2017,’ says Clark.

Mike Peterson, director and general manager of global operations, adds: ‘If you look globally you have customers with different tier needs; some need higher tier products, others need a high quality radio, but can’t afford the higher prices. ‘By having both brands we have the ability to work the two very well together, as some customers want mixed fleets. For example, front line police will only want a hightier radio product, but the station janitorial staff don’t need that level of product.’

The channel partner management programme has been revamped with silver, gold and platinum tiers to all partners to enable them differentiate themselves. The programme has been in place with Motorola for some time, but from January 2017, Vertex Standard will join that programme too.

‘The aim is to drive loyalty and invest in the resellers by providing better training and support to build a stronger community. We will reward partners with different marketing tools and funds for working with us. We have dedicated presale support running out of Germany, which provides training in how to programme radios,systems advice, billing tools and other marketing collateral,’ says Clark.

What is driving sales? Clark believes that it is a combination of the ongoing migration from analogue to digital radio, but he thinks Vertex is also attracting new customers to PMR too. ‘Most of the midand hightier customers have already migrated to digital, but there is still a lot of analogue radio about in the lower tier. But those users are increasingly realising the benefits of having an onsite digital voice tool and that is why customers are still buying,’ he notes.

Has the cellular mobile phone market made inroads into the traditional low tier twoway radio market? Peterson observes: ‘Globally we have seen some cellular growth, but a lot of the rationale for twoway radio is still about having a dedicated radiosystem the customer can control.

‘If you have a mass event you can rely on those radios when the cellular networks may be hit. You have tailored coverage, typically engineered for the worst case scenario with builtin redundancy. That said, there will be areas where PTT over cellular does make sense, but I think it will be more niche than general.

Vertex also offers its EVXLink product, which provides a cost effective way to link DMR radios to multiple coverage areas (up to 32 sites) via an IP network to expand coverage or provide more enhanced coverage in areas to where it is hard to provide. All that is needed is power and an Ethernet connection – no repeater is required.

Russia remains Vertex’s number one market in the region, but the company is selling across the whole of Europe, including UK, France, Spain, Eastern Europe and North Africa; areas where the entry tier market is still available – and in France PMR446 products are doing well because the radio licensing regime is  expensive there.

‘Also, if you look at the dualbrand strategy, the Mototrbo DMR range has the midto hightier products, but it doesn’t address HF singleband radios for emergency rescue teams (6668MHz – known as low band in the UK) and the 2050MHz frequencies. These are niche markets which we still play in with our analogue portfolio,’ points out Clark. Analogue should not be forgotten either is the message. Vertex launched a new analogue radio into Russia in 2016 and there will be more analogue in 2017 too.

One product Clark said he was very excited about is the EVXS24 DMR Tier II hand portable (pictured below) – a small, discreet, waterproof (IP67) radio in black or yellow, which is aimed at niche markets such as event management.

‘It is focused at that entry tier again, but we think it is ideal for female staff, as it will easily fit into a pocket or onto a belt, or you can wear it almost like a lapel microphone. We think it will be a great success. It is easy to use and has a very loud audio. We have focused on doing the basics well.

Peterson adds: ‘The design of the speaker gives you maximum efficiency, but you can change your audio profile and get a bit more bass or treble, so you can programme it to your liking to provide unique customisation.

‘It is also a good migration radio if you are moving from analogue to digital as you can programme different channels as analogue and others to digital and maintain a mixed fleet. It comes with a standard pocket charger, or you can use a USB port to charge it from an external back up battery, so that really extends the use cases.

’Clark sums up by saying that the market will see a new focus in the company this year with new sales people and support and an exciting roadmap with the analogue portfolio and PMR 446 radio refresh and digital apps coming during the 2017. 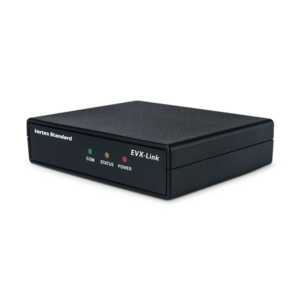